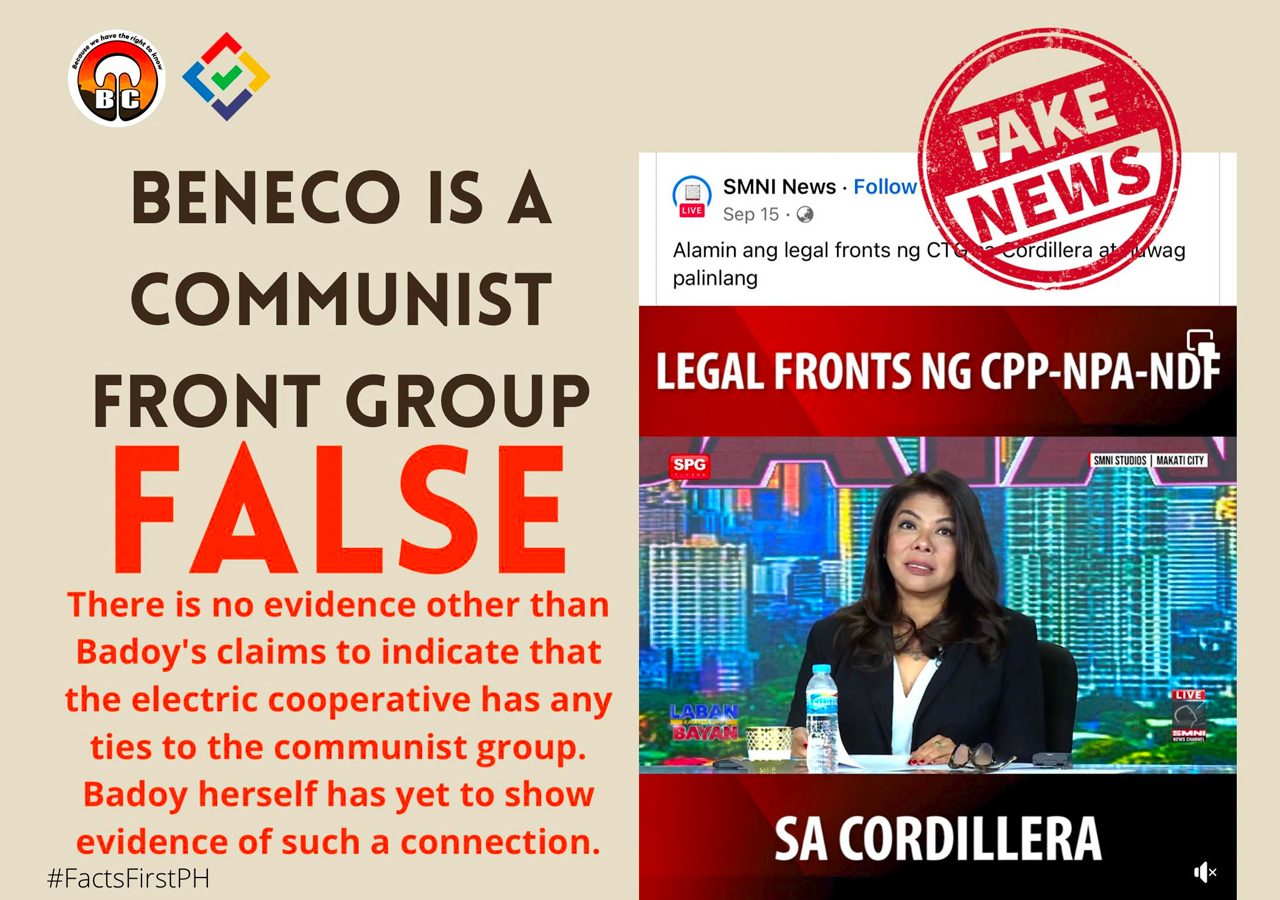 Former NTF-ELCAC spokesperson Lorraine Marie Badoy claimed in an interview on SMNI that the Benguet Electric Cooperative (BENECO) is infiltrated by communist elements from the CPP-NPA-NDF.

Former NTF-ELCAC spokesperson Lorraine Marie Badoy claimed in an interview on SMNI that the Benguet Electric Cooperative (BENECO) is infiltrated by communist elements from the CPP-NPA-NDF.

There is no evidence other than Badoy’s claims to indicate that the electric cooperative has any ties to the communist group. Badoy herself has yet to show evidence of such a connection. https://fb.watch/g8QCAWdoBd/

BENECO has slammed the accusations, denying any such claims, and are evaluating whether or not to file formal complaints against Badoy for her statements red-tagging the cooperative. https://www.rappler.com/nation/luzon/benguet-electric-coop-hits-badoy-red-tagging/

Badoy has a long history of red-tagging various institutions, national and local, sparing not even Baguio mayor Benjamin Magalong (https://www.rappler.com/nation/baguio-mayor-magalong-calls-out-lorraine-badoy-fact-check-observe-due-process/), among others.

Whether she is even in a capacity to speak on such matters, former undersecretary Lorraine Badoy is neither an employee nor a consultant of the Office of the President (OP) or of the National Task Force to End Local Communist Armed Conflict (NTF-Elcac). https://newsinfo.inquirer.net/1671897/badoy-not-with-office-of-the-president-ntf-elcac-under-marcos-admin-solon