FACT CHECK: Claim that barangay, SK elections in December 2022 have been postponed is false 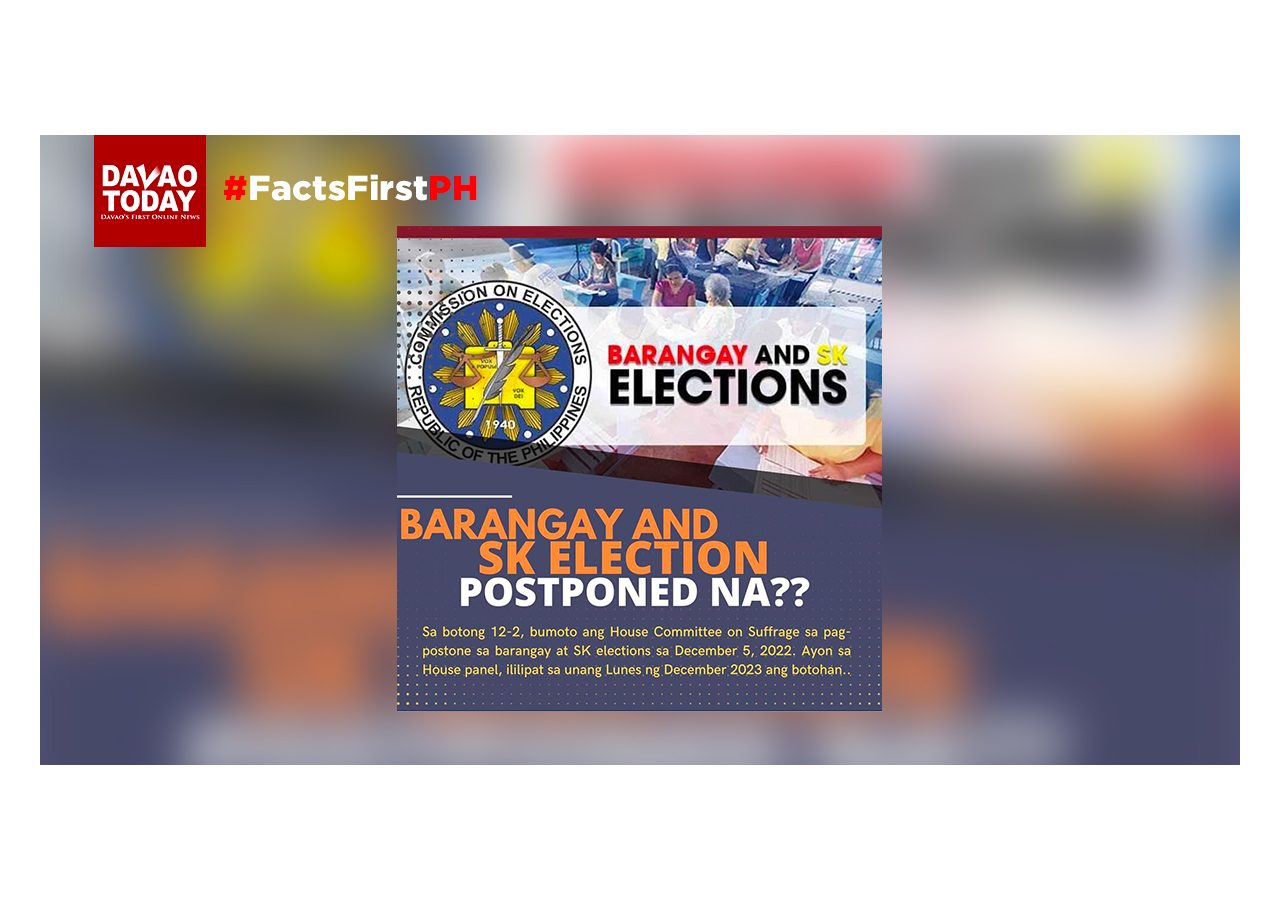 A Facebook post claimed that the Barangay and Sangguniang Kabataan (SK) elections scheduled in December 2022 have been postponed.

CLAIM: A Facebook post claimed that the Barangay and Sangguniang Kabataan (SK) elections scheduled in December 2022 have been postponed.

This came after a substitute bill seeking to defer the local polls scheduled in December 2022 to the first Monday of December 2023 hurdled the House Committee on Suffrage and Electoral Reforms last August 25.

A law must first be enacted before the barangay and SK elections are postponed.

According to Section 42 of the Local Government Code, “unless otherwise provided by law, the elections for local officials shall be held every three (3) years on the second Monday of May.”

But that provision had been amended repeatedly. The previous administration kept postponing the barangay and SK polls since 2016.

The latest was through Republic Act 11462, which rescheduled the elections supposed to take place in May 2020 to December 5, 2022.

The substitute bill approved by the House panel on August 25 is still subject to the House plenary’s approval. The Senate also has to pass their version of the proposal.

Both versions will have to be reconciled and deliberated at the conference committee. The Congress will ratify a final version which will be forwarded to the President. The latter has 30 days to sign or veto a bill, otherwise the bill would lapse into law if left unsigned.

According to a report from Rappler, there are currently three pending Senate bills and at least 38 House bills seeking to postpone the local elections scheduled for December 2022.

The Commission on Elections earlier warned that postponing the barangay and SK polls will mean additional expenses amounting to P5 billion.